English phrases to impress your friends – how to tell a joke

You know you’ve reached a high level of English when you can tell a joke. Learn our advanced English words and phrases to improve your joke-telling skills.

First of all, let’s start with the different types of jokes.

The definition of a pun in the Oxford dictionary is: “a joke exploiting the different possible meanings of a word or the fact that there are words which sound alike but have different meanings.”

English has lots of words that are pronounced the same but have a different meaning for example, ‘flower’ (the plant) and ‘four’ (the ingredient with which you make bread). With a pun you play with the double meaning of the word.

Question: Why did the skeleton go to the party alone?

Answer: Because he had no body to go with.

Here the joke plays with the  pronoun ‘nobody’ to separate it into ‘no body’ i.e. without a body like a skeleton.

Question: What cars do sheep drive?

Satire uses humour, irony or ridicule to expose people’s vices. For example, in this day and age many comedians like to satirize our politicians. How does the media satirize politicians in your country?

A gag is a silly joke or story forming a comedian’s act.

A TV sketch is an amusing situation performed in TV or theatre. The comic crew Monty Python were famous for their sketches. For example, this sketch The Argument Clinic where you pay people to argue with you.

Types of comedians or funny days

Joker: Person who likes to make jokes with friends and family.

April fool’s day (1st April): The day when people play practical jokes on each other.

How to tell a joke

The set up: The initial story or scene for your joke.

The punchline: The final line of the joke when you hope your audience will laugh.

In this joke Harrison Ford uses a long story to set up his joke and then delivers the punchline. *Warning: Harrison uses the f-word, although this is eliminated from the audio.

If you tell a joke and the other person laughs, it’s, ‘to make someone laugh.’ Someone who often laughs at jokes is thought to have ‘a good sense of humour.’

Having fun with your friends laughing is called, ‘having a laugh’ or ‘joking around.’

For example: ‘We went to the pub last night and we had a great laugh.’

Or, ‘My son and his friends were joking around in the library and didn’t get any studying done!’

If you think something is funny then you’d say, ‘how funny!’ or ‘that’s hilarious!’

To laugh at and to laugh with someone

Be careful with these two prepositions because they have two separate meanings. ‘To laugh with someone,’ is positive and means that you are sharing the joke and interacting with them.

For example: ‘They made fun of the way he dressed.’

A synonym for ‘to make fun of’ is ‘to mock.’ However, ‘to mock’ is not commonly used anymore.

Here President Trump highlights the distinction between ‘to laugh at’ and ‘to laugh with’, with this unintentionally funny speech.

When you are not sure if someone is joking or not

If you are not sure if someone is joking then you would say, ‘are you kidding me?’

‘To kid someone,’ means, ‘to tell a white lie because it’s funny.’

A variation on this is: ‘Are you pulling my leg?’

Sarah: ‘Hey John, the boss just called. They want to transfer you to our new office in Alaska.

John: Are you kidding me!

If someone believes something that is not true then it is, ‘to fall for it.’

John: Well, I’ll have to call my wife and tell her the news. She is not going to be happy.

Sarah: Ha ha! You fell for it. They’re actually transferring you to Siberia.

When you don’t want to joke

Here are some phrases for when you want people to stop joking and be serious.

‘I am not in the mood for jokes today.’

Want to tell a joke in English? Have a look at some of these to make your friends laugh: https://short-funny.com/

Here we leave you with the king of comedy Andy Kaufman, proving that you don’t have to say anything to be funny.

So what are your favourite jokes in English or in your own language? Share them in the comments below.

For more advanced English, take a look at our 5 hour English grammar course on Udemy. Just $10.99 with this link.

Topics: english vocabulary how to tell a joke in english learn english 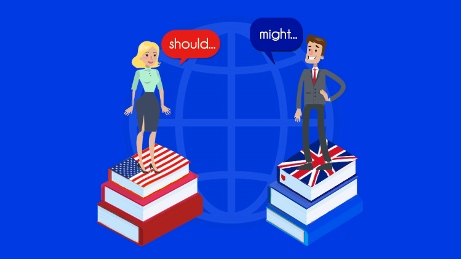