Check out my top 5 speaking activities to teach possessive adjectives, possessive pronouns, comparatives, interrogatives and more. What tools do you need? Just a pack of children’s picture cards. Unlike, flash cards, kids picture cards are cheap (typically under $2), sold everywhere (available in any toy shop) and portable – just pop them in your bag and you’re ready for any lesson.

Here are five grammar points you can teach with picture cards:

Pin it for later

Practice: ‘to be’ verb, interrogatives, adjectives.

Have one of your students hide a card in their bag. Your other students must ask yes/no questions to discover what it is. For example:

Tom: Is it an animal?

José: Does it live on a farm?

Divide the class into several teams. Ask team A to lay out 20 cards (or so) on the table for team B to see and count to ten. At the end of the counting, team A removes the cards and then places eight of the original 20 back on the table. Using ‘there was’ and ‘there were,’ Team B must guess what the other cards were. If they get stuck they can ask Team A for a clue. For example:

Sarah: There were flowers and there was a ball.

Tom: There were flowers, but no there wasn’t a ball.

Once your students understand the concept of possessive adjectives and pronouns and object pronouns, practice with this physical ‘real world’ activity that your class will remember.

First, hand the pack of picture cards to Student A. Tell Student B to ask Student A to distribute the cards among the class using the phrase, ‘Give him a card’, ‘Give her a card’ and so on. To use all pronouns, pair two students together to create an opportunity to try saying ‘Give them’ and place a card in the middle of the table for the class to create a ‘Give us’. This activity should be done quickly.

Next direct your students to ask each other about their cards, using as many possessive adjectives as possible. For example:

When they have finished, collect the cards together and pick two more student to redistribute them using ‘give him’, ‘give her’ and so on.

Direct your students to ask each other about their cards, using the questions, ‘What is your, his, her, our and their card?’ Get them to answer using both the possessive adjective (‘His card is an elephant’) and the possessive pronoun (‘The elephant card is his.’)

Don’t expect students to use pronouns perfectly after one session. This activity should be repeated several times during the term to practice.

Divide the class into pairs. Lay two cards in front of each pair and ask them to find as many ways of comparing the two as possible. The pair that invents the most comparisons within two minutes wins.

Tom: The car is more expensive than the chair and bigger.

Sarah:  The chair is not as tall as the car.

This is a good one for children. Lay ten cards out in different places in the classroom. Taking a pen and paper with them, the children must hunt for the cards and without touching them, note down exactly where they are in relation to other objects in the room.

Laura: The flower card is under the table, behind the big box. 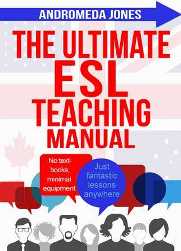